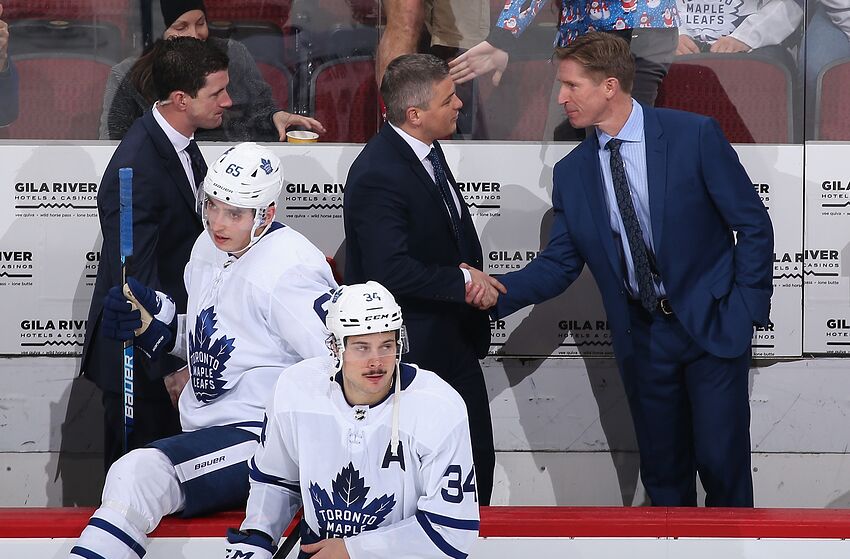 NFL Playoff Preview: How the Buffalo Bills stack up against the Houston Texans by Jackson Farough
Toronto Maple Leafs learn valuable lesson in loss to Oilers by David Morassutti

The Toronto Maple Leafs continue to thrive under Sheldon Keefe and you can point to a couple of reasons why including William Nylander’s emergence.

It has been a wild ride the past few months with Sheldon Keefe taking over as the head coach of the Toronto Maple Leafs.

Becoming the first Leafs coach to earn 15 wins in his first 20 games behind the bench, Keefe continues to find ways for the team to play to their strengths while also overcoming any of their shortcomings. Their 3-0 win over the New York Islanders was just the latest example of that.

You have probably heard people say that the best way to defend against this Leafs team would be to lean on them, play physically and take away their space. This is what the Islanders have done in past matchups and Toronto always struggled to make adjustments.

On Saturday night, the Leafs found a way to take advantage of the limited opportunities they had especially in the second period. What’s comforting is seeing the scoring spread around and the lineup developing chemistry despite the numerous changes under Keefe with some coming out of necessity because of injuries.

This was discussed on our latest episode of the Tip of the Tower Podcast where we looked at the many things that have improved under Keefe’s tenure so far. An obvious one has been the emergence of William Nylander who had his five-game point streak snapped.

When Keefe put Auston Matthews together with Mitch Marner, there was the obvious concern of how it would impact the rest of the lineup but what it did was actually spark an offensive outburst from Nylander.

Getting him to develop chemistry with John Tavares gives the Leafs another line that is tough to match up against. It also helps that Keefe is trusting players like Pierre Engvall, Adam Brooks, and giving Michael Hutchinson a chance to start in a game that’s not on a back-to-back.

These are the little things Keefe is doing that have rewarded him with a dream start to his coaching career and it’s making people realize that a new voice can have an impact. It also helps that there has been a lot of adapting to the strengths of the team rather than try to force them to play a style that doesn’t compliment the skill they have.

What have you enjoyed about the Leafs’ play under Keefe season? Is this something they can sustain? Let us know in the comments below.